I am a big believer in reducing the number of decisions I have to make on a daily basis.  Setting bright line rules means:

The rules I have established apply to lots of areas of my life, everything from how I spend my money to what I eat.  Here I explain the science behind why it works and list some of rules I have adopted.

Why Limiting Decisions Works in Your Favor

Recent research has revealed a phenomenon known as “decision fatigue.”  This means that the more decisions you have to make in a short period of time, the greater the likelihood that the later decisions won’t be as good as the decisions made earlier.

The reason for this decline in decision-making ability has to do with self-regulation and executive functioning.  Specifically, that you have a finite amount of both.

Decision fatigue explains how you can walk by those donuts in the morning but then inhale ice cream right before you go to bed.  Or how you can resist buying those $120 black leather boots when you are at the mall, but spend twice that amount on Amazon just a few hours later.

The Rules I Live By 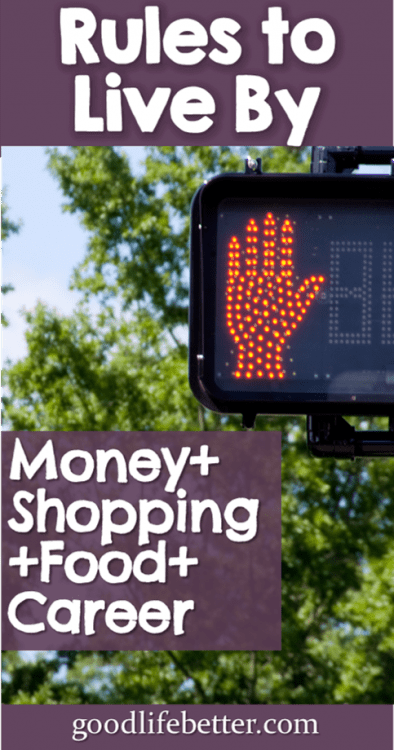 To help avoid decision fatigue, I have pre-decided how I am going to act and react in certain situations.  Some of these may sound a little odd but I promise you they have really simplified my life.

Pay my (future) self first.   I think it is just wrong that payments going into my retirement accounts are characterized as deductions.  Just because this money isn’t hitting my bank account now doesn’t mean it is not my money.  A better way to think about it is that this money is the salary I will pay my future self in retirement for being an awesome person who thinks ahead.

Pay bills as soon as I get paid.  I have mentioned this in other posts but that is because I think it is so important.  If I look at my bank balance and see a big number, I am going to think I have more money to spend than I actually do.  This means that when a bill does comes due, I will either have to pay it late (and incur those dreaded fees!), or put it on a credit card (and possibly pay interest).  This rule is essential for staying on budget.

Always keep receipts (and if I decide to return something, I actually have to return it).  There is no reason to keep items I am not going to wear.  And there is also no shame in returning something I can’t afford to keep.  Do you find yourself worried about the salesperson judging you?  Stop it.  They are strangers and you don’t owe them an explanation (but you do owe yourself the opportunity to fix bad decisions when there is the option to do so).

No striped tops. As noted in Why Creating a Work Uniform Made Me Smarter, since I was a teen I have observed that no matter how much I liked a striped top in the store, I never end up wearing it.  I am not sure why they seem so unappealing at home, but to make it easy on myself, I just don’t buy them.

No free food.  I first heard about this rule on Gretchen Rubin’s Happier podcast (Number 87).  It may seem strange until you think about all the situations where you encounter free food, and the types of food most likely available for free.

I am talking grocery store tastings, work parties, and the donuts and pastries passed around in meetings and left in the break room.  Rarely was the food something I would have bought for myself and because I would often forget to adjust what I ate at meal time to account for the calories in the free food, it was an excellent way to pack on the pounds.

As a bonus, by ruling out free food it becomes a non-factor mentally: I don’t even notice what is sitting on the table in the break room because no matter what it is, I am not going to eat it.

No food with more than 4 carbs per serving. One of the best things about a keto diet is that I get to eat when I’m hungry as long as I stop when I am full and what I eat is very low in carbs.  This rule keeps me honest and means I don’t have to keep a food journal (which is awesome!).

If an opportunity scares me, say yes. In the last few years, I have struggled with anxiety.  At work, this manifested itself in a reluctance to take on projects that didn’t play to my strengths.  This was okay for awhile but in the end it left me feeling stale.  It also resulted in me cutting myself off from projects that I think I would have enjoyed and learned a lot from.  When I adopted this rule, I did so to ensure my anxiety doesn’t limit my growth.

No emails (or texts) when I am upset.  I am sure it isn’t hard to figure out why I adopted this rule.  It came about after once again hitting “send” before I had completely thought through how what I had written could be perceived.  What I find so interesting now is that when I delay sending a response, I often conclude that the best response is no response.  I can’t control (or influence) the behavior of my colleagues but I can control my response to it.

Finally, I have a life rule that I adopted after my brother died, when my mind kept cycling through my interactions with him, trying to figure out what I had missed: Do the best I can given the resources I have to invest in the situation (mental, financial, etc.) and always try to make the next best decision.

This is all that I can ask of myself.

What Will Your Rules Be?

Maybe you are one of those people who can do things in moderation with very little effort.  For you, eating just a bite of cake is as easy as turning off the light when you leave a room (or even easier!).

I am not one of those people.  My efforts to eat, spend, etc., moderately usually ended up with me consuming an entire bag of potato chips while adding tops and shoes I didn’t need to my online shopping cart.

If you are also like me, and would like to establish some rules to live by, here are some tips to make it happen.

Identify what changes you want to make in your life and the related rules that support those changes.  For example, I wanted to be someone less likely to sabotage her reputation at work so I adopted the rule about not sending emails when I am upset.  I may still say unwise things, but at least these imprudent words aren’t memorialized forever in the body of an email.

Adopting a lot of rules all at once sets you up for overwhelm (and that isn’t helpful!).  For example, if you want to lose weight, feel better, and be more productive during the day, you might set as a rule that the TV is off by a specific time (as a night owl who doesn’t have to get up in the morning until a little after 7 am, I always try to have the TV off by 11 pm).  This rule affects all those areas you identified, but is small enough—and memorably enough—that you can implement it successfully.

Do you have any life rules?  Let me know in the comment section below. 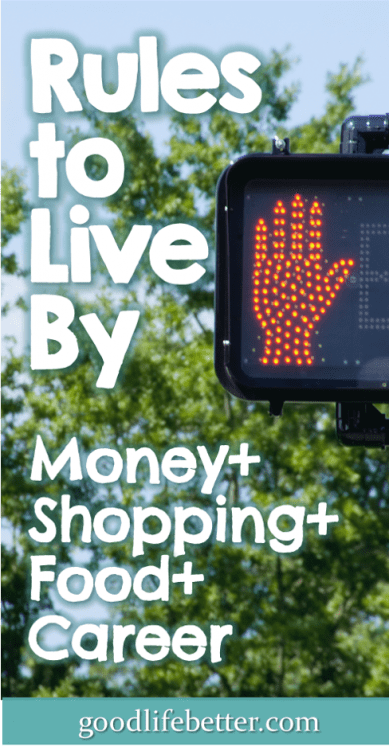 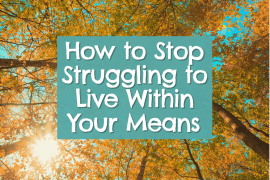