The other day, I was trying to get into my apartment building and the door wouldn’t open.  “Stupid door!” I thought in frustration.  Again, I waived the fob in front of the electronic pad and waited for the beep indicating the latch had released.  No sound came.

I looked down at the piece of plastic in my hand and realized it was the wrong one.  I was trying to get into my apartment complex with my work fob.  As I searched through my bag for the right one, a song popped into my head: Once in a Lifetime by the Talking Heads.

There are many memorable lines from the song but the one that came to me that afternoon was simply “Well…How did I get here?” And the answer was, I wasn’t sure.

My History with this Song

I would love to claim I was a fan of the Talking Heads at age 7 when this song came out but alas, I was definitely not that cool.  And, while I am sure I heard this song at some point growing up, I don’t think I really listened closely to the lyrics until 1994, when one of my best friends included it on a mixed tape he gave me (remember mixed tapes?).

At that time, the lines that stood out to me most were these:

And you may ask yourself
Am I right? Am I wrong?
And you may say to yourself, “My God! What have I done?”

I was a very earnest college student desperate to do the right thing so it doesn’t surprise me that these lines made the biggest impression on me back then.  How do I make the world a better place? What can I do?

This earnestness drove me to study education and—after deciding I did not want to teach high school English—to take a job in the public sector.  But twenty-something years later? I think I’m finally hearing the rest of the song. 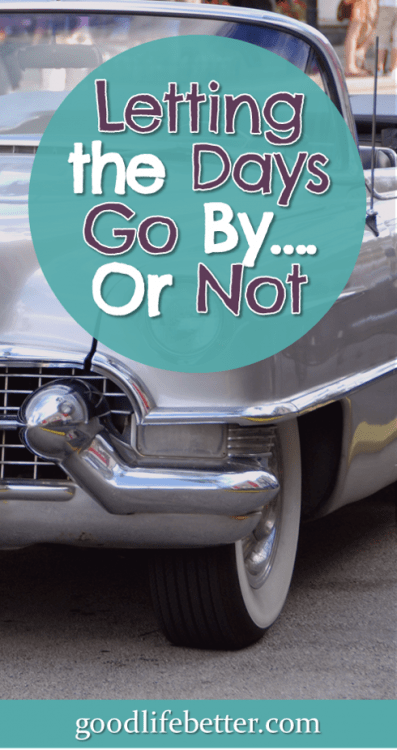 That particular evening, I took the train home from work and walked the two blocks to my apartment without really registering my surroundings.  I was in one place and then I was in a different place.  And not in a magical, Harry Potter kind of way but more in the, “man, I’m glad I didn’t trip or walk in front of a bus” kind of way.

And this wasn’t the first time this had happened recently.  You see, I have been distracted a lot lately trying to figure out what comes next.

It’s been two years almost to the day since I started the spending fast that got the ball rolling on me taking control of my finances.  So much has changed: I have set and achieved so many goals since then.

I should be pleased, right?  But strangely, I feel almost more discontent now than I was then.

Back then, when I thought about staying with my current employer until I was eligible to retire, it seemed totally doable.  I believe in the organization’s mission and knew I wouldn’t have to be in the exact same position the entire time and so could likely continue to find work that challenged me.

This plan meant I mapped out what I would do next after I paid off my debt based on the salary and benefits this employer offers.

But now? I can’t help feeling that staying with my current employer for the next dozen or so years until I retire is not being true to all that I’m capable of accomplishing.

Did I come within yards of the finish line, only to decide to move it to the next town over?

A Midsize Automobile and a Cozy Condo

A persistent theme of “Once in a Lifetime” is waking up to—and questioning—the possessions that fill our lives.  I don’t have a “large automobile” or a “beautiful house” but I do have a mid-size SUV (now paid for) and a cozy condo (still mortgaged).

I plan on keeping the car for as long as possible but selling the condo has always been on the agenda.  One of the reasons I worked so hard to get out of debt was because I planned to move to a more costly city and didn’t want the burden of the debt to limit my options.

But now?  I still want to sell my condo and I still want to move.  But what if, instead of the city with the high cost of living, I move to someplace cheaper?  What if, instead of the city where I would need the 6-figure job to save and travel as much as I hope to, I seek out a different, less stressful job—or even go full-time with my side hustle and this blog—in a lower cost of living town?

My mind is swirling with everything that is possible!

For so long, I have treated time as the problem.  It’s too soon.  It’s too late.  I don’t have enough time.  How am I going to fill my time.

None of that is true.  There is no better time than right now and when I know my priorities I will always have enough time for them and will never have a problem filling the time.

Time is not a burden.  It is a treasure.

I am not the same person I was when I started the spending fast that ultimately led me to decide to get out of debt.

I have been trying for weeks now to put my finger on why getting out of debt seemed like such a non-event and have finally figured it out.

It’s because it was a non-event to the person I am now.  It wasn’t even the opening act to the rest of my life.  At most it was setting up the chairs and hanging the decorations.

Now comes the hard part of showing up and making sure my life doesn’t go back to being the “same as it ever was” (only without debt).

Dare to Join Me In Not “Letting the Days Go By”?

I know mapping a new future is not going to be easy.  In fact, I think it will make spending money intentionally seem like a walk in the park.

Undoubtedly, there will still be evenings when I try to access the door to my apartment complex with my work fob and look up and think, “How did I get here?”.  But I want those evenings to be the exception and not the rule.

The song is called “Once in a Lifetime” but I think a better title might be “One Lifetime” because that is all any of us get.  I am going to work really hard to remember that.

P.S. In researching the song lyrics for this post, I came across a similarly-themed post by Tanja from Our Next Life written in October 2015.  She and her husband retired in December 2017, at ages 38 and 41 respectively.  While I don’t expect to retire 26 months from now, I’m inspired by the life she has embraced and hope I can be as fearless in charting my path. 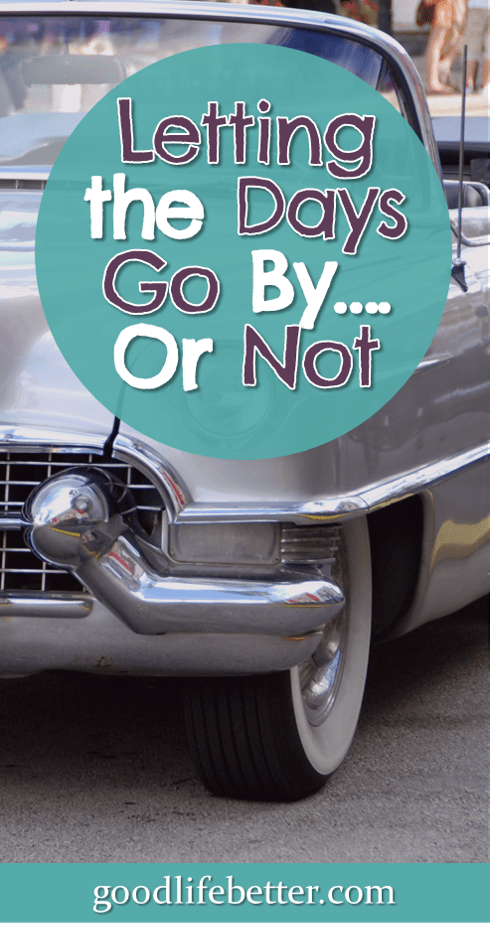 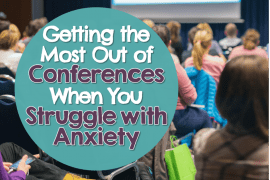