One of the hardest things I did when I decided to get out of debt in 2017 was withdraw money from my emergency fund.  At the time, I had been listening to Dave Ramsey a lot and, if you are familiar with his baby steps, you will know that Step 1 is save $1,000 for emergencies, Step 2 is pay off all debt, and Step 3 is to save 3-6 months of expenses in an easily accessible emergency fund.

I had Steps 1 and 3 done, but had skipped Step 2.  After resolving to go back and complete this step, it should have been easy to pull all but $1,000 from my emergency fund, right?  It should have been, but it wasn’t.

What is an Emergency Fund?

But first things, first.  An emergency fund is money you use to cover extraordinary and unexpected expenses.  These are the things that—in my case—always ended up on my credit card, including car repairs, a new water heater, four new tires, a new HVAC system, etc. 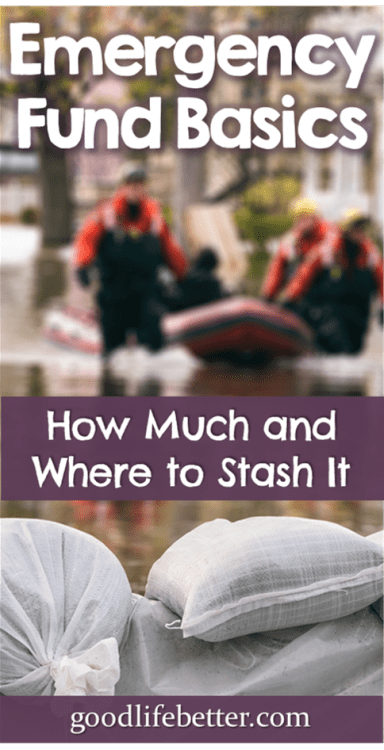 Instead of pulling out the plastic and accruing interest on these expenses, an emergency fund exists to cover the costs.  And, when you use money from the fund, you should immediately start paying it back until it is back up to the amount you have determined is necessary.

How Much Should I Save?

That brings us to the next question: how much should you save?  Some people prescribe to saving a specific number of months of your expenses, so you have money to sustain you during a job search.  After the economy tanked in 2008, and the average job search was 8 months, Suze Orman suggested having 8 times your monthly expenses.

I don’t know what her current recommendation is but I think 8 months is a little extreme.  Her thought process behind it, however, was sound.  Ask yourself: what is the likelihood of losing your source/sources of income? If you lost your source of income tomorrow, how long would it take for you to replace it?  What expenses would you have in the mean time?

For this last question, remember that your employer likely pays some of the cost of health insurance that they won’t cover after you separate.  That additional expense should be factored in.

In my case, since it was very unlikely that I would lose my job, I thought it was adequate to have 3-4 months of expenses saved.  At the time, this amount was $16,000.

My Mistake: Stashing It In the Wrong Place

So what had I done that made it so hard to with draw all but $1,000 of my emergency fund?  I had made the mistake of investing it in mutual funds through a Roth IRA.  This was a mistake for at least three reasons.

First, there were hurdles to accessing the fund.  It wasn’t terribly difficult but infinitely harder than pulling out my credit card.

That brings me to my third mistake: this arrangement allowed me to believe I was managing my money better than I actually was.  I could pat myself on the back and tell myself how responsible I was but that just wasn’t true.  Why? Because Roth IRA contributions are capped at a certain amount each year (currently $5,500).  It has never and will never be possible to pay back what I withdrew.  I can keep contributing up to the yearly cap but that $15,000 I withdrew is gone for good.

What I should have been doing instead was fully funding my Roth IRA, with no plan to access that money for anything but retirement (or the most dire of emergencies) and separately funding an emergency fund to pay for those things I used my credit card for.

The reason I didn’t do this was it would have meant less money for vacations, clothes, eating out, etc.  Basically, I wanted to have my cake and eat it too.  Guess what?  That isn’t possible.  It was either money I was saving for retirement, or it was money I could access quickly in the case of an emergency.  It couldn’t be both.

How I Will Do Better Next Time

As I am still in the middle of paying off my debt, I have a few more months to figure out where I am going to stash my emergency fund but I am leaning toward a high-interest savings account. High interest is relative, of course.  In our current low-interest rate environment, 1% is considered very competitive.  This isn’t much but it is better than paying 14% or more in credit card interest.

The benefit of this approach is the accessibility.  Although I do my day-to-day banking at a brick and mortar bank, I currently have the Step 1 $1,000 in an account at Capital One so that is one option.

Melanie, who writes at deardebt.com, published a guest post on retireby40.org asking for advice on to stash her emergency fund.   Based on a quick scan of the many comments, it seemed most people leaned toward having a good portion—if not all of it—in a savings account.

One reader suggested very low volatility investments that could be sold quickly.  I suppose a bond fund would be an example of this although they can still lose money.

Working in my favor is that, having paid off my debt, the amount I need to save is much less.  Once I am out of debt, a fund of $10,000 will be more than enough to cover my expenses for three months.  This means that even if I do decide to keep it in a high-interest savings account, the returns I am sacrificing are lower.

One thing I know for certain is that I will fully fund my Roth IRA and I will not consider that money my emergency fund.

Do I Regret Withdrawing the Money?

Some of you may be wondering if I regret withdrawing the money given that I can’t repay it.  The answer is no.  I thought a lot before I withdrew it, and the consequences of not doing so.  There were two things I kept coming back to.

Second, it created a momentum that I think has been invaluable to my success.  Getting out of debt isn’t the most fun thing ever, especially in the early months when you are adjusting to being frugal.  This money allowed me to clear my credit cards and my home equity loan in quick succession which kept me motivated as I tackled my car loan and student loans.

How much do you have in your emergency fund and where do you stash it?  Do you like the idea of keeping it in a high-interest savings account?  Let me know in the comment section below! 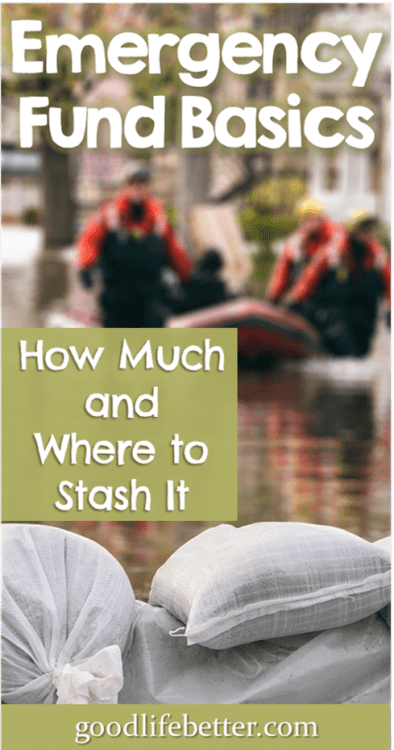 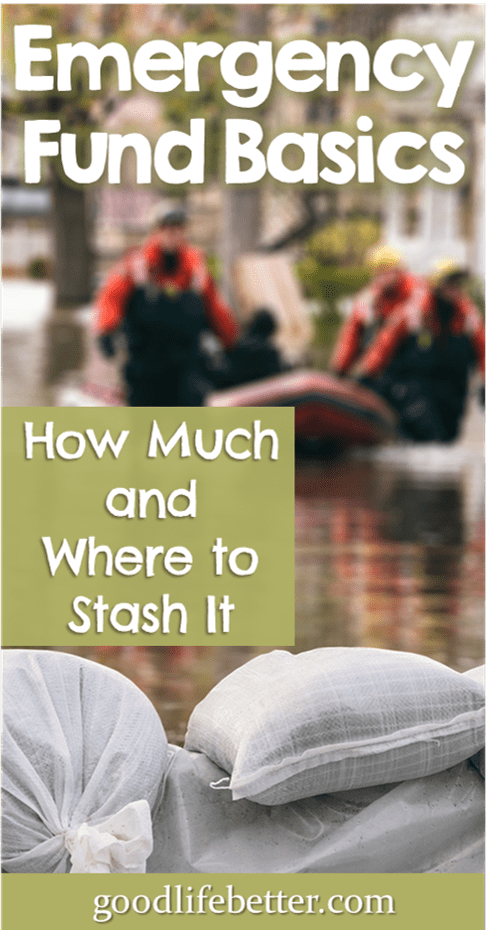 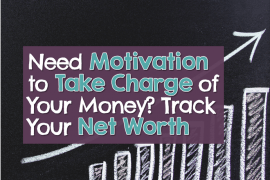 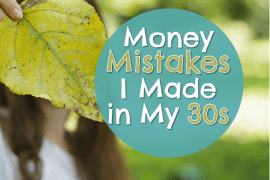