Reading The Year of Less by Cait Flanders was both easy and hard.  It was easy because the book shares an interesting story and Cait is a solid writer, with an engaging style.

But it was hard because the lessons Cait learned from her year of less were difficult ones, and the emotions she had to work through to learn them reminded me of painful struggles from my own life.

The story begins with Cait revealing to her friends that she had been thinking about not spending any money for a year except on a few items listed out in advance.  And, she had also decided to challenge herself to get rid of everything she owned that she didn’t use.

To some people, this would seem like crazy talk.  Here was a woman who had no debt, a job that paid well and who was saving about 10% of her salary.  Why would she possibly think she needed to commit to a no-spend year?

“All I knew was that I seemingly had everything I wanted in my home, in my career, and in my life, and it was never enough.  I was never satisfied.  I always wanted more.  But since more of anything wasn’t filling me up, maybe it was time to challenge myself to go after less.”

The simplicity of her decision is what makes it so powerful, so revolutionary.  Having “enough” is not what helps you to stop spending.  Instead, when you stop spending—or, at the very least, become very mindful of your spending—is when you realize you have enough.

When Being Tidy Isn’t a Good Thing

Before Cait started her big purge of stuff, she took a picture of her apartment.  After getting rid of 43% of her belongings (she would eventually get rid of even more), she took another picture.  This before and after wasn’t as satisfying as she had hoped because the two pictures didn’t look all that different. 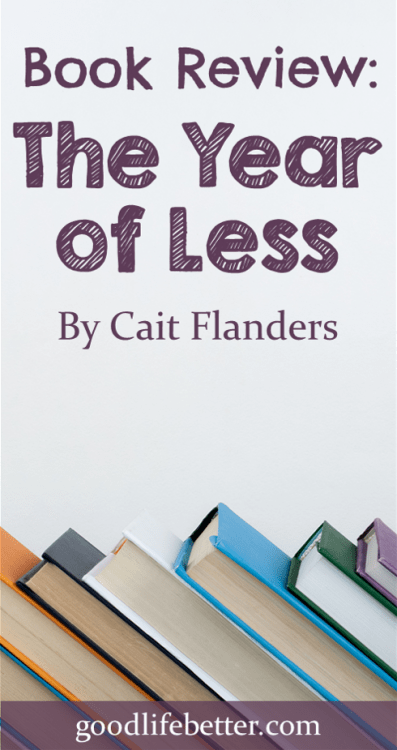 I completely understand how this could be.  I am a very tidy person too and when you are tidy, it is surprising how much you can stash around you without it appearing you should be profiled for a documentary on hoarders.

The natural minimalists out there will wonder why buy an item in the first place if all you are going to do is store it.

What they don’t understand is the lesson Cait learns (and shares): we don’t buy stuff to store it, we buy it to be the type of person who would use it—the person that reads that type of book, wears that type of clothing or jewelry, or hosts a dinner party using that type of serving tray.

I can relate to this 100%.  That person is obviously better than the person who prefers mass market mystery novels over heavy tomes like The Goldfinch, long-sleeve t-shirts and jeans instead of sun dresses, or meeting friends at restaurants so there is no sink full of dishes to deal with in the morning (a.k.a. me).

Spending (or Eating or Drinking) Instead of Feeling

If we buy stuff to be someone else, the inevitable conclusion is we don’t want to be who we are.

Sometimes, this is because we believe who we are isn’t sophisticated or clever or beautiful enough.  Sometimes, it is because the real us feels overwhelmed by very intense emotions and needs something to serve as a buffer between us and those emotions.

This was the conclusion Cait came too.  After breaking up with her boyfriend just a few months into the no-spend year, she realized how much she had relied on shopping (and drinking before that) to distract her from the pain.  “This time, I couldn’t numb myself.  I had to experience every excruciating feeling.”

What she learned was that the feelings weren’t fatal. 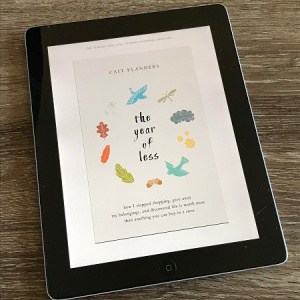 [Addendum: after I published this review, Cait noted on Twitter that the one frustration with the book I describe below was the result of her being careful to share only her story and to not invade the privacy of the others involved.  Please read the below with this explanation in mind.]

I feel like I am inviting bad karma into my life for even having a section in this review titled “What I Didn’t Like” but I have one in most of my reviews and since there was an aspect of the book that frustrated me, I thought I would continue the tradition.

What was it?  How much her focus was on herself in describing her response to her parent’s divorce.

Now, before you send me hate mail, please know that I am not discounting her grief resulting from what she describes as “a tectonic shift in the rock [her family] stood on….”  She had made a lot of changes in her life up to this point including giving up drinking so I can only imagine how important having a stable family life was to making these new habits stick.

But almost every consequence of her parent’s divorce that she describes is how it will affect her and what it meant for her life—no longer having one house at which to spend holiday visits, family vacations with both her parents, etc.  And then later in the book, she expresses surprise that her younger brother handles the news as well as he does.

“I had spent months worrying about Alli and Ben, stressing about the future and wondering how I could help steer us down this new path together….  But Ben’s answer proved he didn’t need me as much as I worried he would.  He was fine.”

She never writes about putting herself in her father’s or mother’s shoes, trying to understand what this divorce meant for them: sadness but also a new beginning.

I point this out not to criticize—Cait was doing the best she could and you can’t ask for more than that—but because I know how healing it is to view an event from the other person’s perspective and am sad her readers won’t see how powerful doing so is in her story.

For almost five years after my brother’s suicide, I attended monthly support group sessions for people who had suffered a similar loss.  The members of the group weren’t just sympathetic, they walked beside me and felt what I felt and by doing so they took away some of that pain.  I returned the favor by listening to them share their story and hopefully, as a result, reduced their burden.

Their presence gave me the strength to  see my brother’s actions from his perspective.  What he did was and still is an irrational act but with their help I could see why, given how much pain he was in, in his mind it made sense.  This made such a difference in how I was able to process my grief.

Don’t get me wrong, it still sucks.  My big brother is gone forever and that will never be okay.  And for Cait, trying to see her parent’s divorce from their perspective wouldn’t have made it okay either.

Have you read The Year of Less?  What did you think?  Let me know in the comment section below. 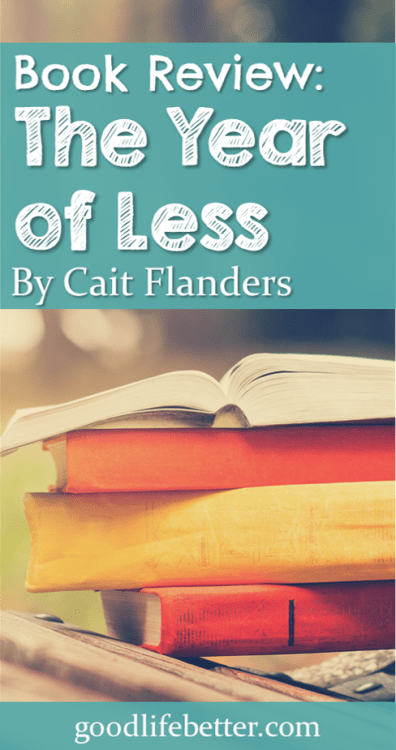 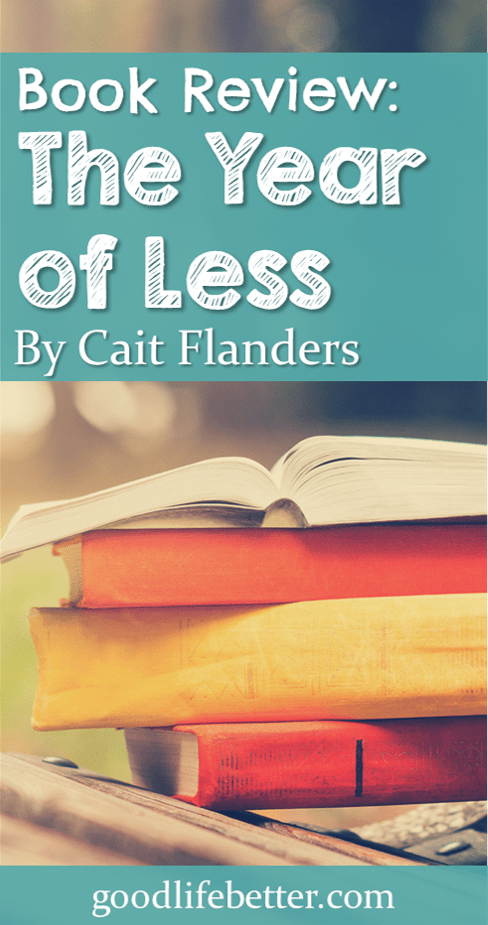 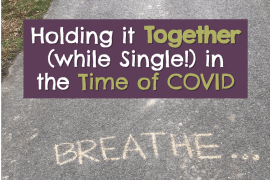