One of the reasons I started my blog was the negative headlines I kept coming across shouting that single women were behind in saving for retirement, and that they faced a poverty-level existence in their old age if they didn’t take control of their finances very soon.

The headlines weren’t necessarily wrong—the amount single women have saved for retirement is much lower than it should be—but I can’t believe all is lost.  Being single can be an asset in retirement planning—really!  And if anyone can turn things around, it’s us.  Here’s why.

Our Income and Spending Is Ours to Control

I don’t want to downplay the factors working against women here—the persistent gender pay gap in the United States, the fact that women are more likely to have breaks in their employment history or to work part-time, and more.

But I think it is important to recognize that, when faced with these inequities, single women are at an advantage: we get to react without the need to accommodate the desires of a partner.

First, we can take steps to increase our earnings by seeking higher paying positions, asking for raises, taking on side hustles, and going into business for ourselves (or a combination of these options) without having to check in with someone else.

Many jobs ago, I recall presenting the human resource director of the organization at which I worked with a request for a raise that specifically documented my value compared to my salary.  She told me that wasn’t how it worked and that it might be possible to revisit the issue during my next performance review.

I told her that if something didn’t happen soon, I wasn’t going to be there for my next performance review.  Nothing happened so I found a new job in another city, sold my house, and moved on.

If I had been in a relationship at the time, I don’t think I would have been able to react as fast.  Being single meant being flexible. 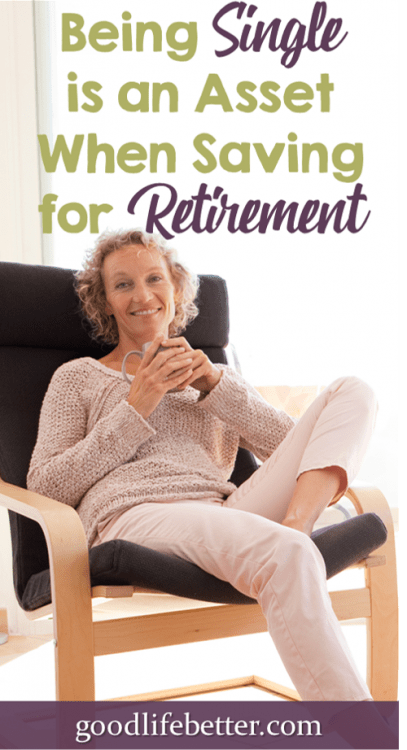 Second, we can live on less than we make so we can save for retirement, without worrying about the spending needs of our partner.

How? We can get a roommate or move to someplace less expensive, reduce our transit costs, eat at home, and eliminate other unnecessary drains on our income (you can find more ideas here: My Favorite Tips to Save Money).

While far from perfect, I have saved roughly 10% or more toward retirement since I was 28.  Yes, I took on debt for things like my car and for going to law school, both of which ultimately prevented me from saving even more.  But paying my future self was part of my plan from an early age and it has paid off: my net worth is in the six figures because I have been investing steadily.

Our Investment Strategy Can Reflect Our Needs

In addition to being in control of our income and our spending, another thing working in our favor is that we can design an investment strategy that reflects our needs.

This data is supported by the results of a recent Retirement Confidence Survey that found that 39% of women didn’t expect to retire until after age 65.

If we don’t plan on tapping our retirement savings until later, our portfolios can likely tolerate a riskier mix of investments.  Whatever you decide to do has to be something you are comfortable with, of course, but for my part, I find the suggested amount I should have in bonds right now based on my age way too conservative.

I expect to work for at least another 13-18 years and to live another 40-45 years.  Given this time frame, it is almost riskier not to have most of my portfolio invested in the stock market.

Our Money Stays Where We Put It

A few years ago, I had what turned out to be a very illuminating (and hilarious) exchange with one of my married friends.

I am not sure what exactly I said—I think it was something about having forgotten my sunglasses but knowing exactly where they were in my condo—but her response was priceless.  She let out a big sigh and said that it must be nice to put something down and it still  be there when you go back for it.

You know what—it is nice.

With regards to our money, it means we can stay on top of our checking accounts and avoid fees, and that the only charges on our credit cards are the ones we make.  And that when we decide on an investment strategy, we don’t have to worry about someone going in behind us and changing it.   Our money stays where we put it.

We can’t ignore single women aren’t saving enough for retirement: the results of the Retirement Confidence Survey cited above were pretty grim.

But the fact that we haven’t saved and lack confidence doesn’t mean we can’t turn things around.  We can start saving TODAY and educate ourselves so we have confidence that we know what we are doing.

We are in control of our income, our spending and saving rate, and our investment strategy.  We’ve got this.

How Has Being Single Worked in Your Favor?

Are you a single woman? What does your retirement strategy look like?  Let me know in the comment section below!

[Not convinced? Check out Being Single is a Liability When Saving for Retirement for the three excuses I relied on to not save enough in my 20s and 30s (and why they don’t stand up to scrutiny)] 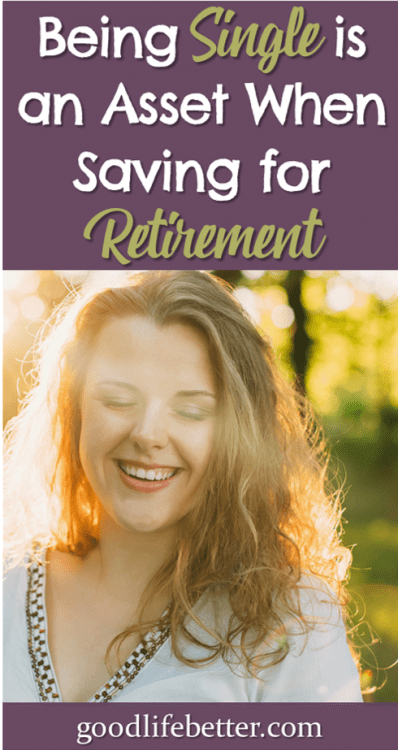 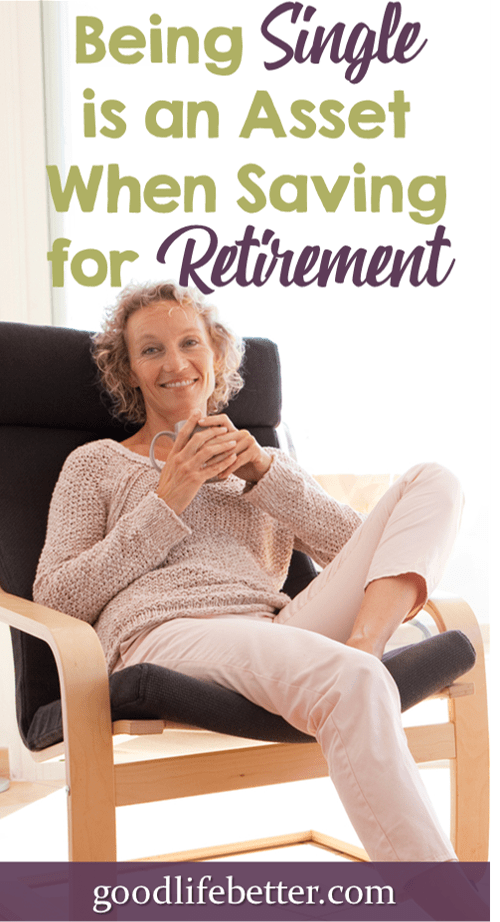