As someone who loves spreadsheets, when I finally started getting out of debt, I approached it as if it were a mathematical problem.  I had about $60,000 in debt (credit card, student loans, home equity loan and car loan) and if I trimmed back my expenses I could put about $2500 a month toward it plus money from other sources, etc., etc.

What I underestimated was the emotional aspects of getting out of debt.  Why was I living beyond my means? Why had a never prioritized paying off my debt before now?

All these questions and more awaited me on my journey.  Here is what I learned about myself in answering them.

I am an Emotional Spender [or It’s Not You, Amazon/Kohl’s/Target, It’s Me]

I would like to say it was easy learning how to soothe myself without overspending but it wasn’t.  I had some things working in my favor.  I had a handle on the anxiety that had plagued me in the past few years and I knew the sacrifice was only for a specific period of time—about 16 months. 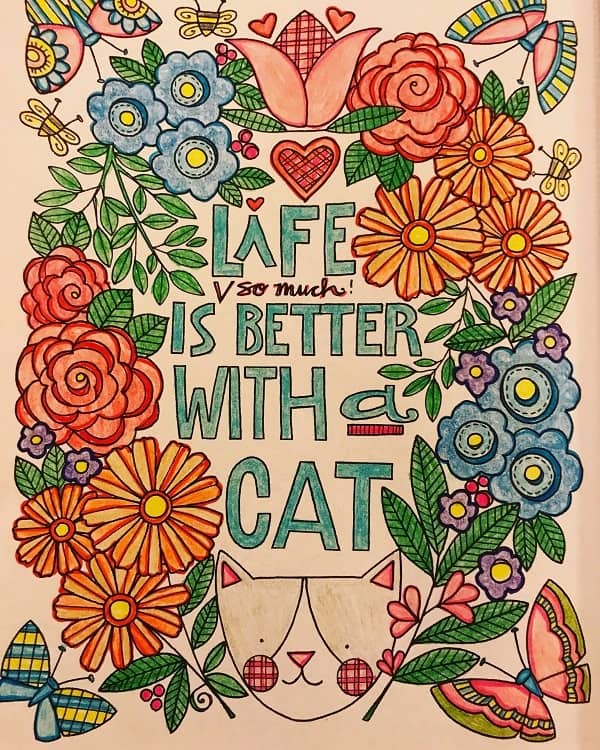 But sometimes I just had to distract myself with other activities to keep from filling up my Amazon shopping cart.  I took up adult coloring, for example (see one of my favorites at right!).

Shopping Made Me Feel Productive

The second truth I learned was that I shopped to fill the time so I wouldn’t have to think about other aspects of my life that weren’t going so great.

This included, ironically, worries about my money and my ability to fund my retirement, feeling disengaged at work, and sadness over the death of my brother.

Having shopping on my to do list gave me something I could check off, tricking myself into believing I was being productive.

I Couldn’t Tell a Need From a Want

The third truth was that I was completely confused about what I needed versus what I wanted.

For example, I remember needing a small table to put on the far side of my couch so I had somewhere to set a drink.  Two trips to IKEA and $25 later, I had the table assembled and in place.  And then never used it.

I didn’t need this table.  I wanted this table.  And if I had understood this distinction better, I may not have spent the money—or the time—acquiring it (as well as so many of the other things I felt I needed to buy). 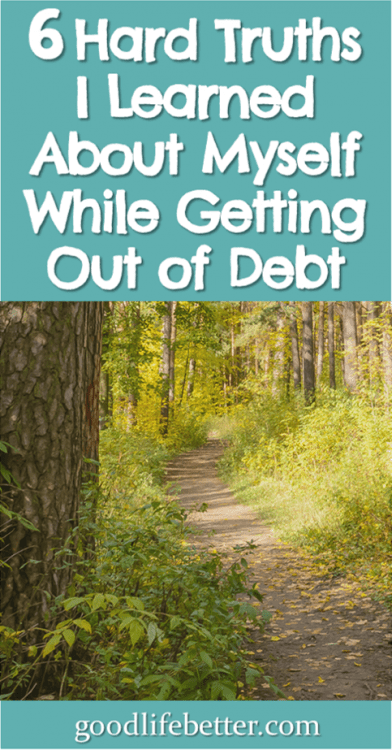 This came to light because while I was getting out of debt my pace of donating items stayed about the same—or maybe even increased—despite the fact I was buying way less.

I am far from being the first person to promote living a minimalist lifestyle but I could be a poster-child for how freeing it is to reduce what you own to the essentials.

New Stuff Meant Not Having to Deal with Old Stuff

The fifth truth was that bringing new items home meant I didn’t have to deal with the things I already owned, especially the clothes stuffed in under-bed storage containers (this explains how I ended up with 7 black sweaters).

Now, it becomes apparent very quickly if I am not wearing a particular top or if I haven’t used a particular kitchen gadget in a while.  Once that happens, it goes into the donate pile and out of my life!

The last truth was that it wasn’t my income that was the road block to getting out of debt but my mindset.  I was already earning enough, and didn’t need that next promotion to make it happen.  I could make it happen today.

This really became apparent when I saw a good friend of mine adjust to making about half of what she made before taking a pay cut (and about three times less then what I was making).  I needed to stop my whining and get it done.

Do Any of These Truths Resonate with You?

I am still a work in progress and some days I do better than others at living below my means.  One thing I know for certain is that I don’t regret confronting the aspects of myself that were causing me to overspend.

Now it’s your turn: what have you learned about yourself during your debt free journey?  Share it below! 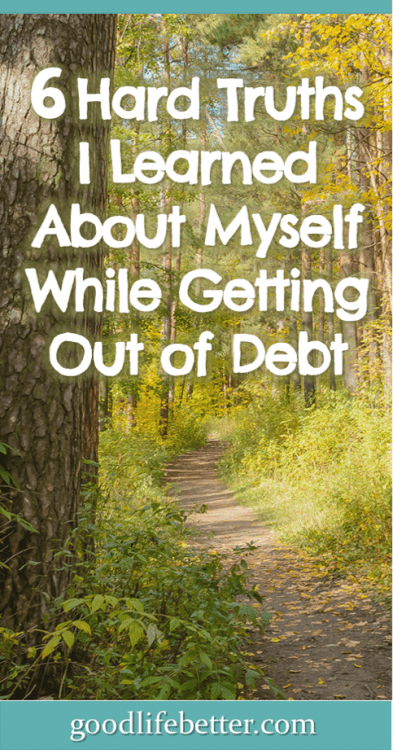 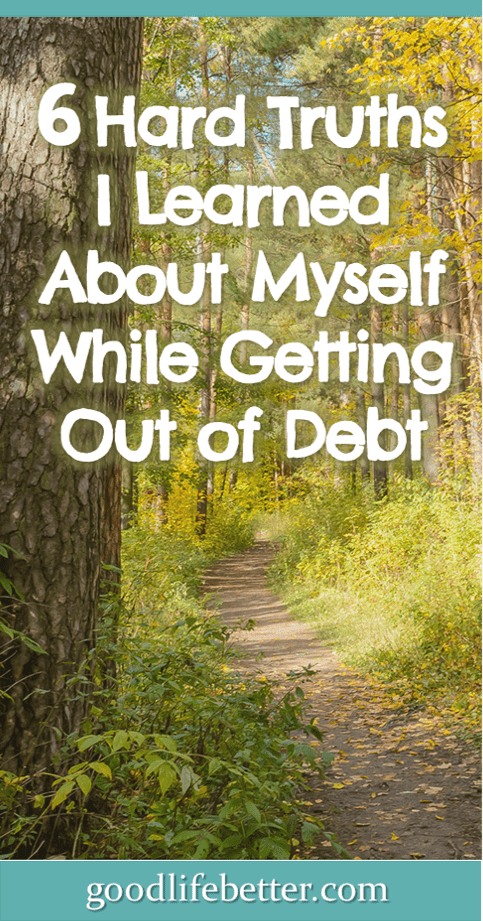